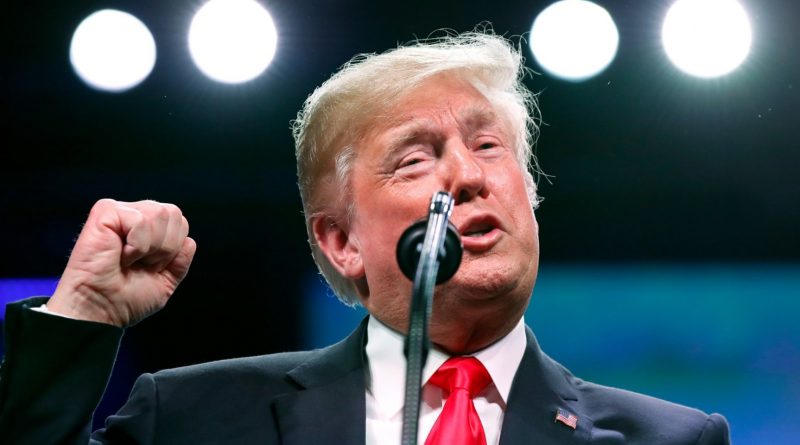 President Donald Trump on Monday touted the controversial and unproven stop-and-frisk policy as a solution to crime in Chicago.

Stop-and-frisk “works and it was meant for problems like Chicago,” Trump told a crowd at the International Association of Chiefs of Police Annual Convention while describing a “terrible shooting wave” in Chicago, where authorities have found a decrease in homicides and shootings this year.

The “stop-and-frisk” policy allowed police to stop, interrogate, search, and detain people for a wide range of reasons. It rose to notoriety from the 1990s through the 2000s in New York City as a crime-stopping measure that has been proven ineffective and predatory to minorities.

In his speech, Trump said he directed the attorney general’s office to work with local law enforcement so they would “strongly consider” implementing the policy.

Trump held up his attorney and former New York City Mayor Rudy Giuliani’s “very strong program” as the proven solution that took New York “from an unacceptably dangerous city to one of the safest cities in the country.”

Research has since found no correlation between the policy and crime rate decreases — only a gradual decline that kept pace with the national average that began before Giuliani took office.

In 2013, a federal judge declared the policy an unconstitutional practice of “indirect racial profiling. ”

Trump said the policy “has got to be properly applied. But his comments were nearly identical to declarations promoting stop-and-frisk in Chicago he made during his 2016 campaign when he was asked about violence in black communities, but specified he was answering specifically about Chicago.

Arista Networks Rallies To New Highs Ahead Of Earnings

We Asked Hundreds of Millennial Investors Which FAANG Stock They’d Own If They Could Pick Only One, and Virtually None Said Facebook or Netflix