At the age of 24, James Asquith became the youngest person to visit every country in the world.

Now the founder and CEO of the HolidaySwap app, which lets users around the world swap homes for $1 a night, 30-year-old Asquith estimates he has taken nearly 1,000 flights on more than 150 airlines — and he shares his experiences with his 365,000 Instagram followers.

“Lots of the airlines and routes I have taken when travelling to every country in the world were not necessarily by choice, but it certainly gave me a broad overview of aviation globally,” he told Business Insider.

Read more:Meet the 28-year-old London banker who is the youngest person to travel to all 196 countries

While he has his favourite airlines, he says he regularly returns to others due to scheduling and pricing when travelling for work, “giving them the chance to improve, or not let the ‘better’ airlines rest too easy in a rapidly changing industry.”

While the amenities on board a plane are certainly important, Asquith believes nailing customer service is the way to win.

“Nowadays it seems unacceptable if we don’t have USB ports and full WiFi connectivity across the globe,” he said. “I like that as much as the next person, however, my greatest weighting will always come down to the cabin crew and customer service, which is a much more difficult part of a customer’s satisfaction to win over than an updated refurb of aircraft seats.”

Read more:The youngest person to travel to every country on earth has launched a ‘travel Tinder’ that lets people swap homes for $1 a night

As a frequent traveller, cost, of course, is also a factor. “With the improvement in long haul, low-cost airlines, the best products in the sky need to remain price competitive,” he said.

We asked Asquith to rank his favourite economy class airlines based on their total rating after being assigned a score out of 10 across seven categories:

Scroll down to see Asquith’s 20 best economy airlines in the world, ranked in ascending order by their overall score out of 70. 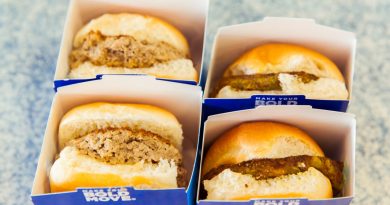