U.S. prosecutors have brought charges against a Chinese national for his alleged involvement in the data breach at health insurance giant Anthem announced in 2015 that resulted in the theft of 78.8 million records.

Fujie Wang, 32, and other unnamed members of a China-based hacking group, are charged with four counts of conspiracy to commit fraud, identity theft and computer hacking.

The hackers are also accused of breaking into three other businesses — a tech company, a basic materials firm and a communications giant — none of which were named in the indictment. 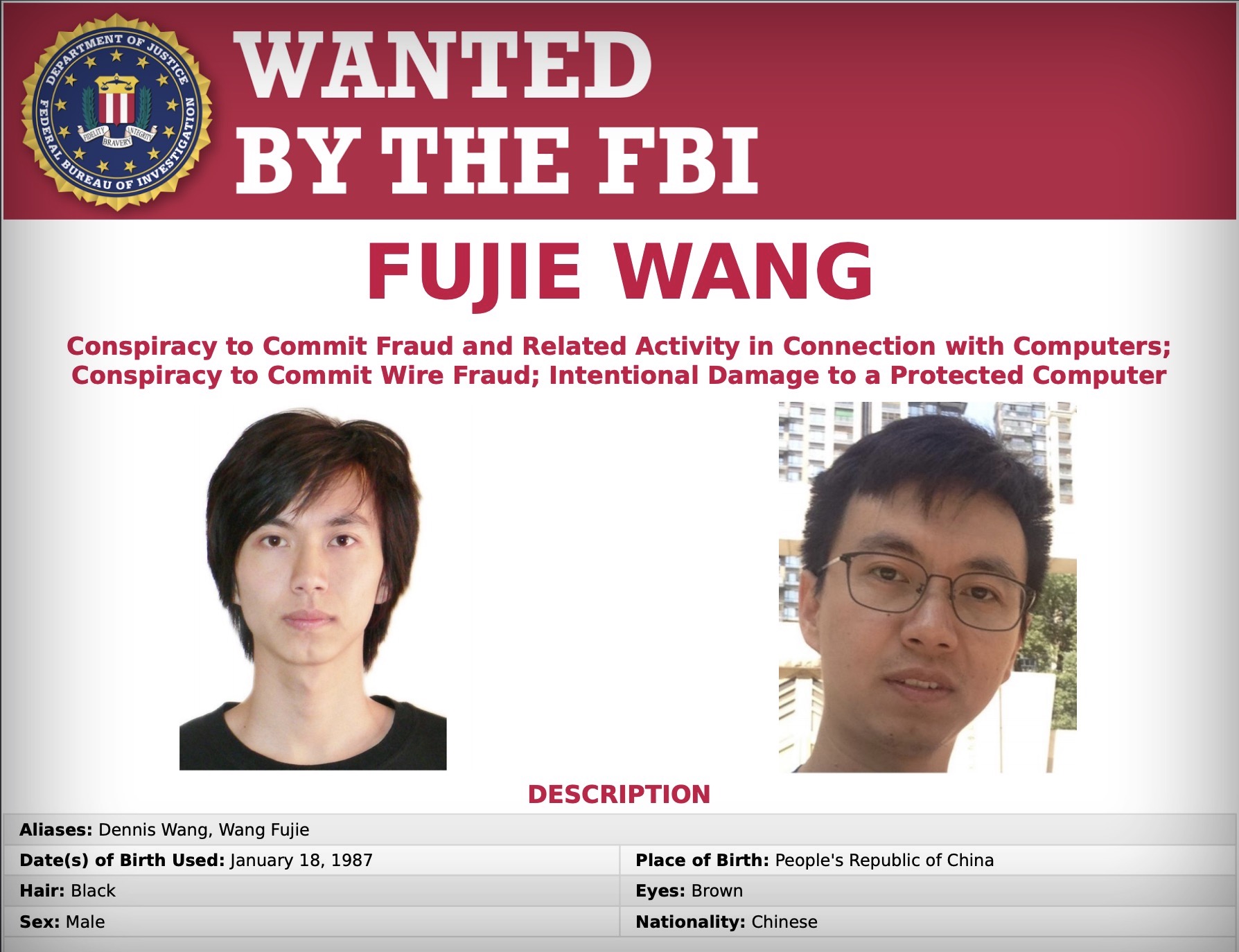 Prosecutors said the hackers used “sophisticated techniques to hack into the computer networks of the victim businesses without authorization” — including spearphishing attacks. The hackers are said to have “patiently waited months” after they broke into the health insurance giant’s systems before they stole data.

The hackers are said to have stolen the 78 million records over a month between October and November 2014 by transferring large archive files from Anthem’s data warehouse back to China.

Anthem disclosed the breach in February 2015. The company later paid $115 million to settle lawsuits relating to the breach.

“The allegations in the indictment unsealed today outline the activities of a brazen China-based computer hacking group that committed one of the worst data breaches in history,” said U.S. assistant attorney general Brian Benczkowski in remarks. “These defendants allegedly attacked U.S. businesses operating in four distinct industry sectors, and violated the privacy of over 78 million people by stealing their personal identifiable information.”

Wang is currently wanted by the FBI.

Stop saying, ‘We take your privacy and security seriously’