Salesforce’s Tableau acquisition is huge, but not the hugest - Josh Loe
Skip to content

When you’re talking about 16 billion smackeroos, it’s easy to get lost in the big number. When Salesforce acquired Tableau this morning for $15.7 billion, while it was among the biggest enterprise deals ever, it certainly wasn’t the largest.

There was widespread speculation that when the new tax laws went into effect in 2017, and large tech companies could repatriate large sums of their money stored offshore, we would start to see a wave of M&A activity, and sure enough that’s happened.

As Box CEO Aaron Levie pointed out on Twitter, it also shows that if you can develop a best-of-breed tool that knocks off the existing dominant tool set, you can build a multi-billion company. We have seen this over and over, maybe not $15 billion companies, but substantial companies with multi-billion dollar price tags.

Tableau is a perfect example of best-of-breed winning. 15 years ago the BI market was destined to be owned by incumbents, then simpler, better, more democratized software came along, and a $15B company was built.

At the time, this was the biggest deal Salesforce had ever done — until today. While the company has been highly acquisitive over the years, it had tended to keep the deals fairly compact for the most part, but it wanted MuleSoft to give it access to enterprise data wherever it lived and it was willing to pay for it.

Salesforce is buying MuleSoft at enterprise value of $6.5 billion

Not to be outdone by its rival, Microsoft opened its wallet almost exactly a year ago and bought GitHub for a hefty $7.5 billion. There was some hand wringing in the developer community at the time, but so far, Microsoft has allowed the company to operate as an independent subsidiary.

Microsoft has acquired GitHub for $7.5B in stock

SAP swooped in right before Qualtrics was about to IPO and give it an offer it couldn’t refuse. Qualtrics gave SAP a tool for measuring customer satisfaction, something it had been lacking and was willing to pay big bucks for.

SAP agrees to buy Qualtrics for $8B in cash, just before the survey software company’s IPO

It wasn’t really a surprise when Oracle acquired Netsuite. It had been an investor and Oracle needed a good SaaS tool at the time as it was transitioning to the cloud. NetSuite gave it a ready-to-go packaged cloud service with a built-in set of customers it desperately needed.

That brings us to today’s deal. Salesforce swooped in again and paid an enormous sum of money for the Seattle software company, giving it a data visualization tool that would enable customers to create views of data wherever it lives, whether it’s part of Salesforce or not. What’s more, it was a great complement to last year’s Mulesoft acquisition.

Salesforce is buying data visualization company Tableau for $15.7B in all-stock deal

A huge deal in dollars from a year of big deals. Broadcom surprised a few people when a chip vendor paid this kind of money for a legacy enterprise software vendor and IT services company. The $18.9 billion represented a 20 percent premium for shareholders.

Broadcom acquires CA Technologies for $18.9B in cash

Microsoft snags LinkedIn for $26 billion in 2016

This was a company that Salesforce reportedly wanted badly at the time, but Microsoft was able to flex its financial muscles and come away the winner. The big prize was all of that data and Microsoft has been working to turn that into products ever since.

Microsoft officially closes its $26.2B acquisition of LinkedIn

Near the end of last year, IBM made a huge move, acquiring Red Hat for $34 billion. IBM has been preaching a hybrid cloud approach for a number of years and buying Red Hat gives it a much more compelling hybrid story.

This was the biggest of all, by far surpassing today’s deal. A deal this large was in the news for months as it passed various hurdles on the way to closing. Among the jewels that were included in this deal were VMware and Pivotal, the latter of which has since gone public. After this deal, Dell itself went public again last year. 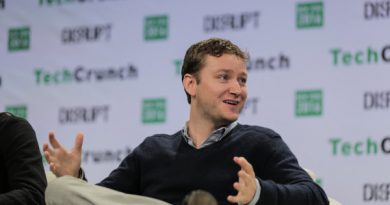 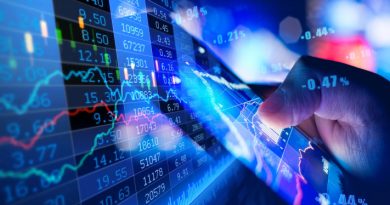 IEX’s Katsuyama is no flash in the pan